This week we have the hilarious Seattle local comedian that goes by only one name: Birungi. 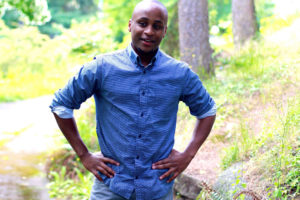 Birungi is a Ugandan comedian based out of Seattle, Washington. For the last 3 years, he has been a regular feature at various shows in Seattle, Olympia, Boston, LA, San Diego and Portland. A business graduate from Seattle University, he is a cubicle nerd by day and a performer at night.

Black And A Half Podcast Episode #43: Lindsey T. H. Jackson

Black And A Half Podcast #45: HB Radke