This episode of Black and A Half, Manny and Silas sit down with actress Nicole Santora! Nicole talks about her latest film out Haskell (which will be at the Seattle International Film Festival), the Red Sox, movie loves scenes, racism, the Mandela Effect, and much more. 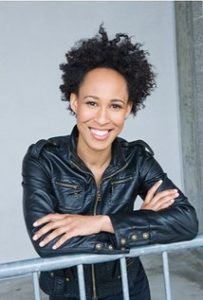 Nicole Santora is a graduate of the University of Hawaii. This Seattle based actor has been featured on Grimm, Leverage, and your Mom’s house. She’ll deny her nerdiness but dresses up her family in Star Trek outfits.