Welcome to another edition of Black and A Half starring Manny Martin and Silas Lindenstein. The guest this week for episode #19 is Joseph Grienauer. Joseph is a Seattle comedian who  does a web series with Silas called “You Know What’s Good With That?” You can find the series on YouTube here. He’s also did a month long residency at Emmett Montgomery’s weekly show The Magic Hat. On this weeks show they discuss how Joseph got into the world of Orchids, comedy, parenting, dreams, and other current events and nerd news.

Joseph Grienauer graduated UW w/ BA in Comp. Lit. 2001. Spent a year traveling around the world from 2001-2002. 2004 moved from Seattle to San Luis Obispo and started working at Baron’s Orchids. Got married 2007. 2008 moved back to Seattle started Emerald City Orchids. 2014 his kid was born and he started stand up comedy. 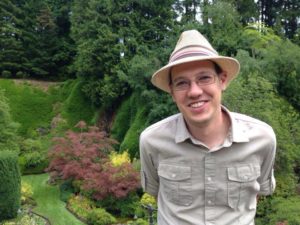 Black and A Half Episode #18: Jasmine Silvera